Scindia Kanya Vidyalaya has decades of glorious history of providing holistic education to girls from India and abroad. It has a large number of Alumni who have excelled in their fields nationally as well as globally.

An institution derives its strength from the achievements of its alumni who play a significant role in the growth of the organisation.

It is with this sentiment that we invite nominations for The Vijaya Award.

The SKV Board of Governors instituted The Vijaya Raje Award in 2006 to honour its outstanding Alumni who have demonstrated professional excellence and earned recognition for contributions to human welfare that transcend professional accomplishments.

By inviting nominations from all quarters, the Selection Committee of the SKV Board of Governors ensures that it has the chance to review the broadest possible range of qualified nominees. An Alumni who has completed 25 years of passing out from SKV is eligible to be nominated, either personally or by another Alumni.

The Vijaya Award Recipients are highly accomplished individuals in their own domains such as health care, performing arts, visual arts, authors, entrepreneurs, scientists, legal sector, politicians, government servants, social sector or persons of comparable stature, who clearly exemplify the excellence to which SKV is so deeply committed. Click here to know more about the Vijaya Awardees.

We encourage you to nominate outstanding individuals and provide the information set out in the Google Form (link as follows): Google Form for Nomination

For any clarifications, please feel free to get in touch with:

Mail your queries to :
links@skvgwalior.org

Your support is appreciated! We look forward to your response.

• Executive Director of the PSRI Hospital, New Delhi.
• Serving as a Director at J K Tyre and Industries Ltd.
• Outstanding contributions in the field of Medicine, Healthcare and Social Service along with a commitment to making a difference in the lives of individuals.

• Founder of the Jayshree Periwal School, Jaipur.
• Awarded as the most influential educationist in India by Asia One.
• Awarded as the best Women Entrepreneur in India by Tie Tree-Shakti in Mumbai.
• S. Radhakrishnan Awardee for remarkable contribution in the field of Education, Culture and Art.
• Chosen as the only delegate from Rajasthan to meet with a High-Power White House Delegation to foster Indo-US relations by partnering in the field of Education and empowering rural Rajasthan. 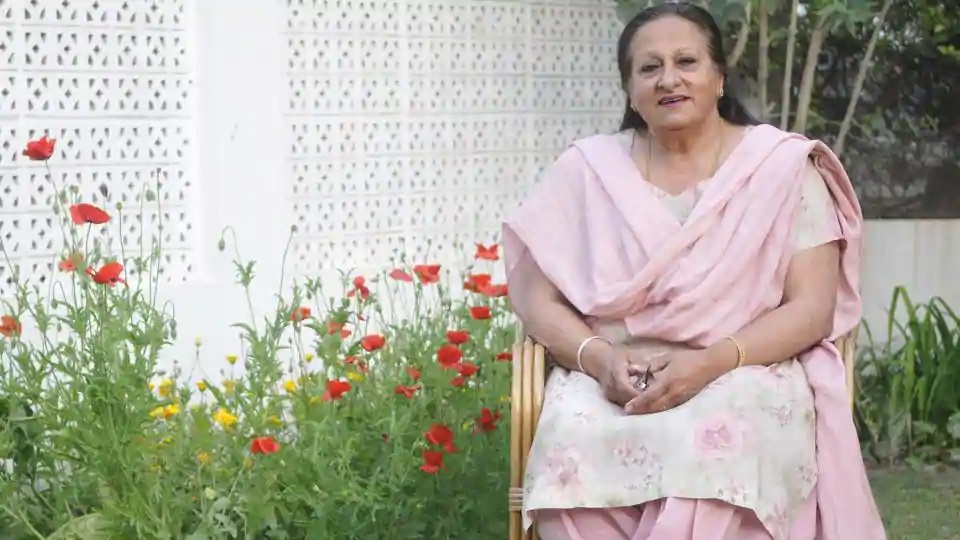 • Padma Shri Awardee.
• Gold Medallist at the Asian Games of 1970 – 1st woman from India to win a Gold at any Asian Games and the only woman on the Indian continent at the Summer Olympics in 1972, Munich.

• Master’s Degree in Public Administration from Harvard University, USA. • Served as Mason Fellow at the Harvard University in the John F. Kennedy School of Government. • Received the John Kenneth Galbraith Policy Fellowship at Harvard Kennedy School. • Studied Philosophy at the Indraprastha College for Women, Delhi University. • Ranked among the Top 2% and was offered scholarship from Cambridge University to pursue Masters in Philosophy. • Co-founder and Director of Shikshantar School in Nepal.

• A former US based Sociologist in the Rehabilitation Cell of Narmada Valley Development Authority. • She has bought glory to the institution through her achievement and meritorious. service and thereby distinguished herself as a true representative of SKV Gwalior.

• Distinguished alumnus, a theatre artist, critic and a columnist. • She brought glory to the institution through her achievement and meritorious service and thereby distinguished herself as a true representative of SKV, Gwalior.

• Won the junior and senior school athletic championship in the year 1958 and 1960. • In 1960 she was only girl student from Madhya Pradesh to represent school at All India Athletic Meet in Delhi and won a Silver Medal in High Jump. • She represented Delhi Olympic Association in Sri Lanka in 1962. • A dedicated philanthropist. • She was a zealous volunteer and humanitarian, who generously gave her expertise, and financial resources to make a difference in the lives of individual and the quality of life of girl children from under-privileged society and thereby distinguished herself as true representative of SKV Gwalior.

• A committed and prolific journalist. She is a multifaceted personality and a woman of substance known for her creative, managerial, and literary skills. • She edited numerous coffee table books and pictorial encyclopedia including the encyclopedia of Indonesia-Visual Art; The encyclopedia of Malaysia-Early Modern History; and Mentawai Art among others. • She worked as Managing Editor – Venture Asia Publishing Pvt. Ltd. Travelasiannone.com and Worldmine Pte. Ltd, Singapore. • She involved in social work with numerous organizations during her lifetime, with association like Jagriti and Yucenko in Kolkata in the past. • She also contributed in fund raising and writing articles to create awareness for two organizations in Tamil Nadu; Uluru Children’s Home and Mukti , a Chennai based organization which provided free article limbs for amputees. • She was conferred the Marriott International Golden Circle Award in 2002 for her contribution to the travel and tourism industry. • She made the Alma Mater proud by having carved a niche for herself as journalist par excellence, thereby distinguished herself as true representative of SKY, Gwalior.

• Associate Vice President with Infosys Technologies Ltd based in New York City. • A global professional Priyadarshini Bajoria made valuable contribution to society. • She was one of the top 10 executives of Infosys and also among the top 200 employees globally being groomed for senior leadership positions, is a woman entrepreneur par excellence, and thereby has distinguished herself as a true representative of SKV, Gwalior.

• Has held several important portfolios in her illustrious journey as a female entrepreneur. • She is the founder of “Genesis Art Gallery Kolkata” Garutman Pvt. Ltd. and Habiart Foundation. • She was actively involved with establishing UK Save , A child trust in 1987.She represented India in a meeting with Reverend Uchida in Tokyo and participated in GOPIO and UN Peace meet. • A dedicated social activist, Rekha Mody has made valuable contribution to society. Ms Rekha Mody , the woman social entrepreneur has committed herself to providing care and shelter to the unprivileged orphans and destitute in the society and thereby has distinguished herself as a true representative of Scindia Kanya Vidyalaya.

• A consultant Pediatrician and Educator. • Awarded for her achievement in the field of Medicine and her service to society.